Radiography is an NDT method, which uses penetrating radiation. It is based on differential absorption of radiation by the part under inspection. In this inspection the source of radiation can be from radioactive sources, typically Irridium-192, Cobalt-60, Caesium-137, which emit gamma rays or from a specially built machine that can emit X rays. The former is known as gamma radiography whereas the latter is referred as X ray radiography. Table I presents major radioisotope sealed sources largely used in gamma radiographic testing.

There are many methods of NDT, but only a few of them examine the volume of a specimen; some only reveal surface-breaking defects. One of the best established and widely used NDT methods is radiography — the use of X rays and gamma rays to produce a radiograph of a specimen, showing any changes in thickness, defects (internal and external), assembly details etc.

Radiographic testing (RT) method can be used in civil engineering equipments notably to verify the integrity of pre-stressed wires in a pre-stressed concrete structure by using radioisotope sealed sources, X ray machines or linear accelerator. Table I presents the main radioisotope sealed sources used for gamma radiography. Figure 9 shows a typical set up in radiographic testing and figure 10.presents a radiographic image of a metallic structure.

These radiations are then recorded by a suitable recording medium, typically radiographic film. When the film is processed, a uniform dark image will appear on the film that indicates the homogeneity of the material tested. The situation is different for cases of materials containing discontinuities or different in thickness. In general, the absorption of radiation by a material depends on the effective thickness through which the radiations penetrate.

Discontinuities such as cracks, slag inclusions, porosity, lack of penetration and lack of fusion reduce the effective thickness of the material under test. Thus, the presence of such discontinuities causes radiations to experience less absorption as compared with those in areas with discontinuity. As a result, in areas containing discontinuities more radiations escape, recorded by the film and forming a dark image that represents the internal structure of the material.
The appearance of radiographic images depends on the type discontinuities encountered by the radiation. Cracks for example will produce a fine, dark and irregular line, whereas porosities produce dark round images of different sizes.

Some discontinuities that presence in a material such as tungsten inclusion in steel has a higher density than its surrounding. In this case, the effective thickness that needs to be traversed by radiation is somewhat greater. In other words, more radiation is absorbed in this area as compared with other areas. As a result the intensity of radiation that escaped after traversing this area will be lesser than that for other areas giving a lighter image bearing the shape of tungsten inclusion inside the material.

Radiography is widely used throughout the industry. Its capability to produce two-dimensional permanent images makes it as one of the most popular NDT methods for industrial application. However, radiation used for radiography presents a potential hazard to radiographers as well as members of public. Due to its hazardous nature, the use of radiation, including for industrial radiography is strictly controlled by Regulatory Authorities.
Almost all countries throughout the world have their own Regulatory Body that regulates the use of radiation. Requirements imposed by the Authority upon the use of this method make it as one of the most expensive NDT method.

Advantages and limitations of this method are as follows 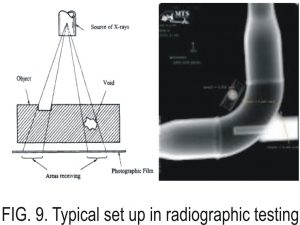 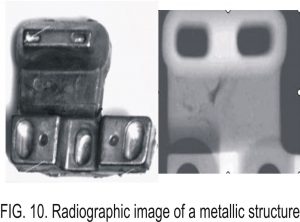 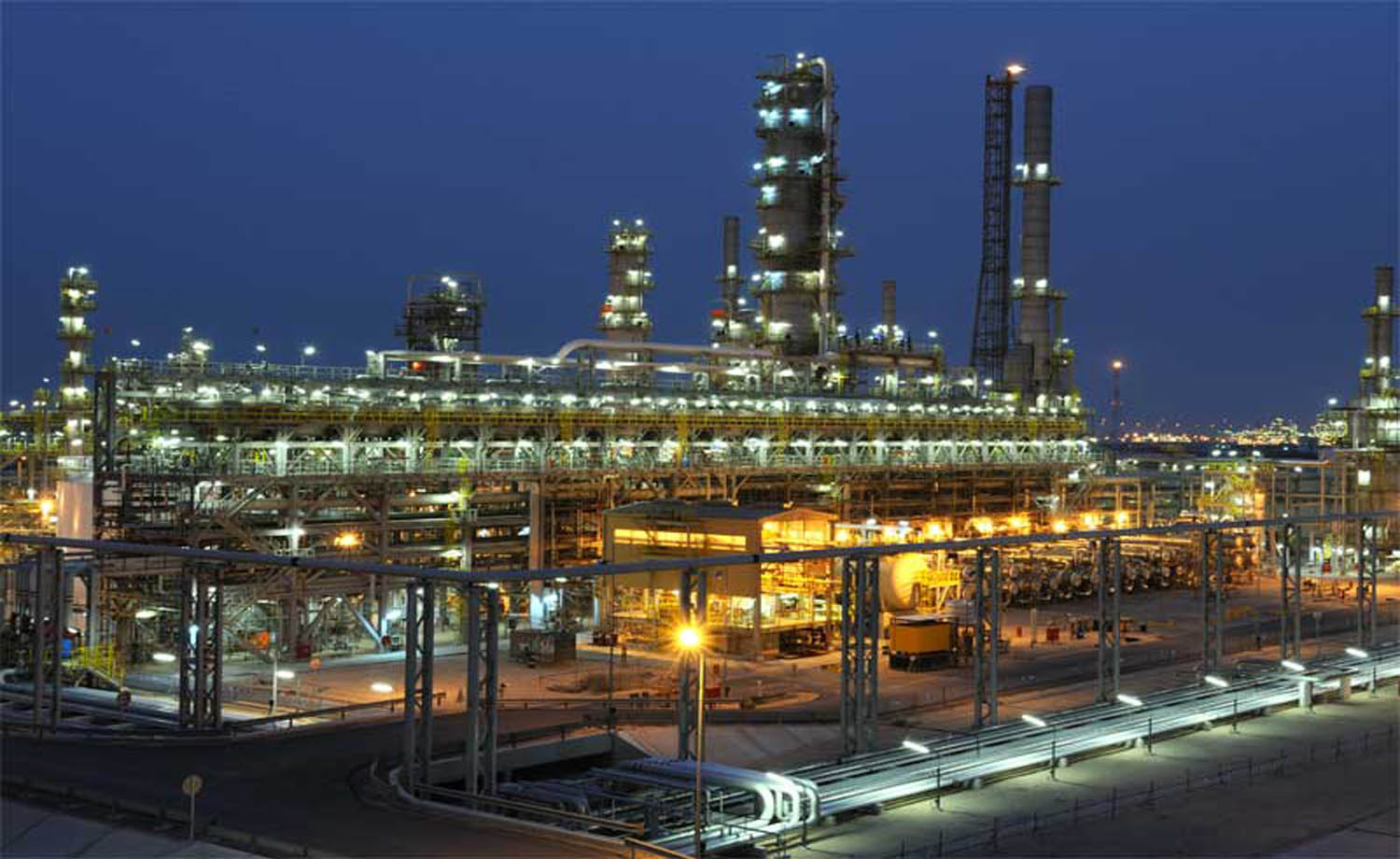